Our Football team travelled to Oswald Road this Monday for their second league game of the season. Playing on a very small muddy pitch it was hard for the boys to play their usual passing style but adapted quickly and stormed into a 1-0 lead. With the pitch being very small our opponents defended well and hung on as we attacked throughout the game. Oswald Road got a corner in the dying minutes of the game and equalized with a header for the game to finish 1-1. Another good performance from our team and a step in the right direction. Well done to MOM Kavan for a fantastic performance.

St Cuthbert's Inspire Football Team went to play their first ever match against Old Moat Primary school this Thursday. The boys played some brilliant football, showed great determination and resilience and did themselves and the school proud!!  Well done to all players! 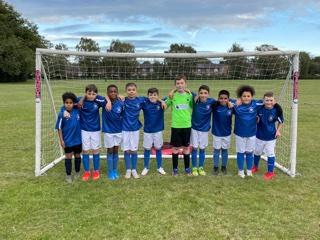 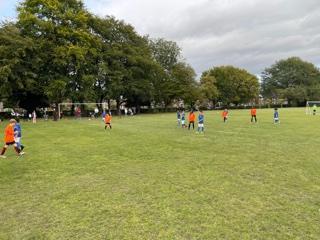 Thursday saw our Y5/6 Football team start their league campaign with a convincing 7-0 over St James.  Well done to all players for some great team work and skilful football! 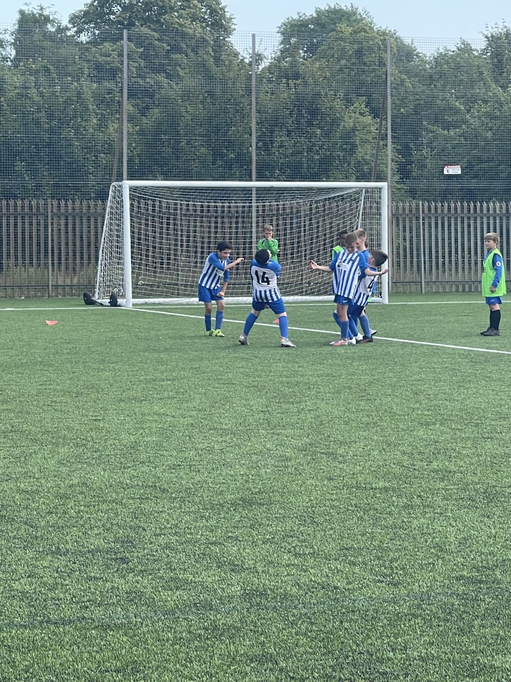 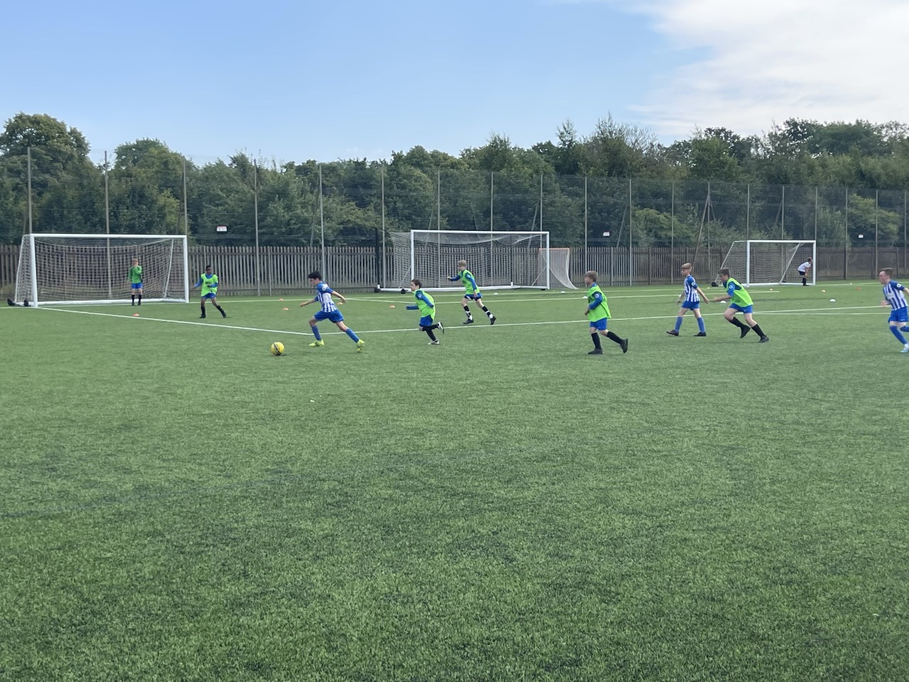 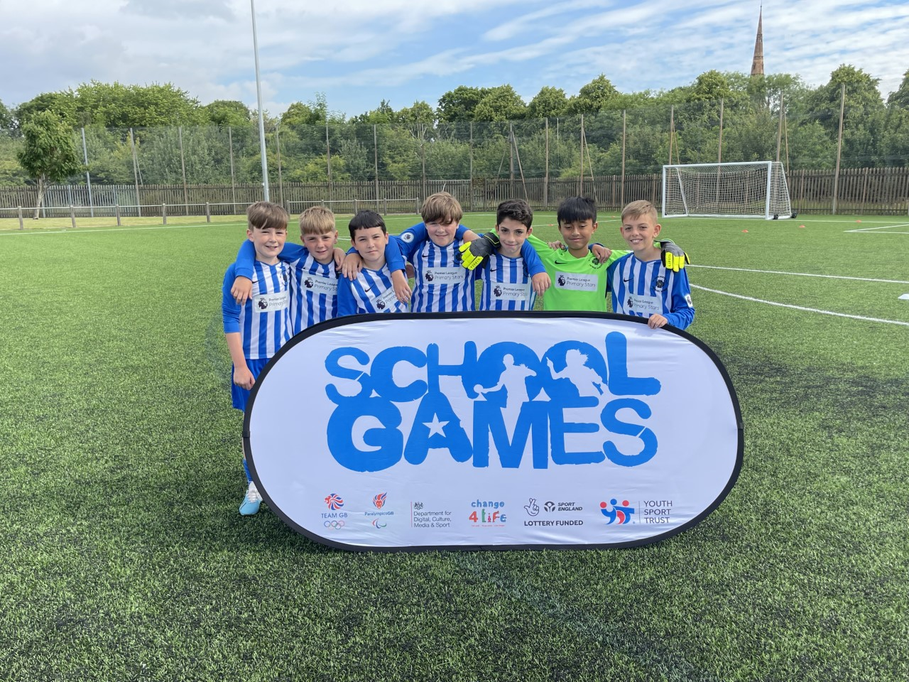 The Y6 boys represented the school today at the Manchester Schools Football Festival in the first competition of the year. As usual the team battled hard and showed great team work in all of their games.  They played some great football and scored some great goals!  Well done! 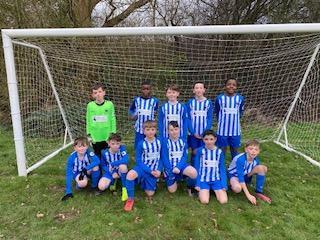 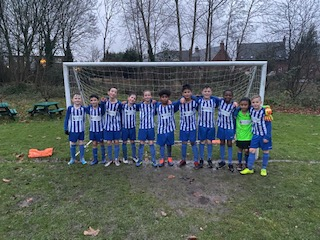 The Y5/6 football team finished off their league season with 2 games this week, the first running away with a 6-2 win against Broad Oak Primary School. Well done to all the team and a special mention to David who was Man of the Match scoring 5 goals.

Fatigue showed in the second game against Acacias Primary School and our boys found it tough. The game was close for the first half ending 1-1 but then Acacias stepped up a gear and ran out 6-1 winners.

A great season for the boys!  Well done to all players!

It was an early start on Tuesday for our year 3/4 boys football team as they travelled to The Cliff for the next round of league fixtures. Playing 6 games in total the boys won 4 and lost 2, scoring 16 goals in the process. We look forward to the final league meet in March to see if we can qualify for finals day.

Afterschool on Tuesday the year 5/6 boys football team travelled to Cavendish Primary School and picked up our first win of the season. Debut goals from Jacob and Elliot and a great clean sheet from Josh helped us to a 7-0 win. Well done everyone!!! 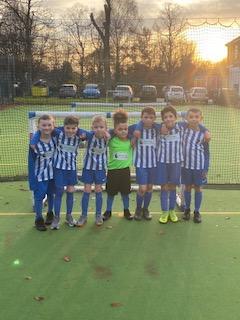 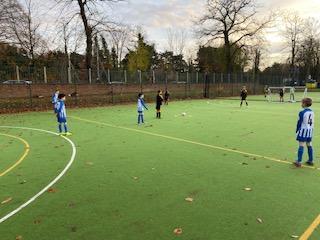 On Tuesday the Year 3/4 boys football team travelled all the way to Cheadle for a Football match against Green Bank Prep school.

The team is going from strength to strength and played Brilliantly!   They won all 3 games, scoring 14 goals!

Well done to all who played!

On Wednesday the Year 3/4 boys went to a football tournament at Box Football academy.  They brought home some Silver wear as the winners of the FA Cup Competition (They finished 3rd overall).

A special mention goes to Cormac who injured his finger in the final and had to come out of net, to then score the winner in extra time!  Well done to everyone who played! 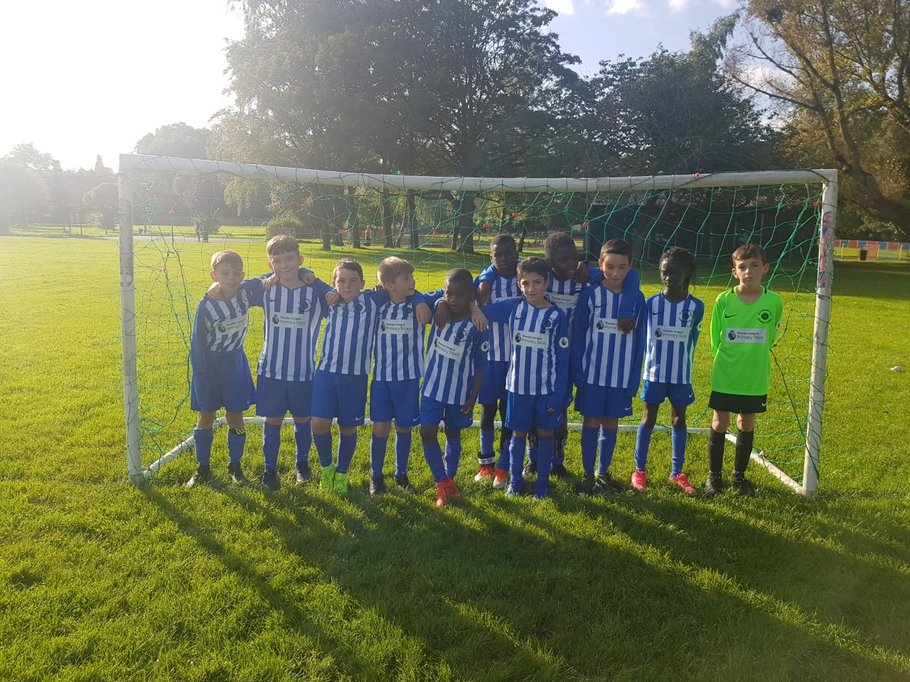 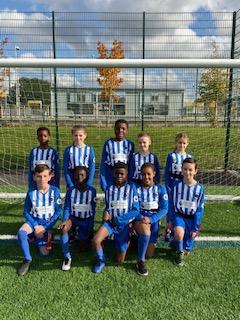 On Tuesday the year 5/6 football team had a tricky away fixture against Cavendish. We started really well and went into an early 2-0 lead and could have made it 3-0, but David rattled the crossbar with a great effort.

Cavendish then grew into the game and started to put a lot of pressure on our goal and scored just before half time to make the score 2-1.

Cavendish came out for the second half flying and our players worked so hard to try and keep the lead but could only do it for so long, as Cavendish added 3 more goals to win the game 4-2. A great effort from the team who never gave up!

On Wednesday the year 5/6 football team went to take part in the LSC 5 a side football tournament. Again the team started off amazingly winning 2, drawing 1 and losing 1 to qualify for the next round.

In the next 3 games the team battled hard winning 1, drawing 1 and losing 1 and were so unlucky to miss out on the semi finals by 1 goal!!! once again all the players did us proud!!!  Well done everyone who played!

On Tuesday evening, St Cuthbert's Year 5/6 Football Team took on Beaver Road in the first game of the new year.

With a young squad the players battled hard and did themselves and their school proud.  The game was very close until the closing stages when we just couldn't stop them from scoring.  The game finished St Cuthberts 1 v 4 Beaver Road.

For some it was their first ever competitive game of football and all the players battled all the way to the end against a good Beaver Road team.

Well done to all who played! 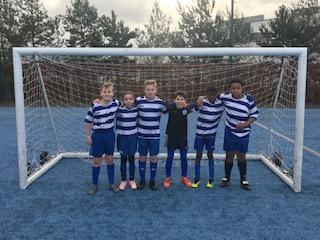 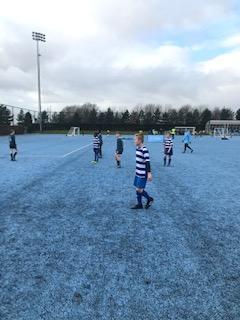 What a game to watch, the action was end to end throughout with the thrilling game finishing 5-5.  Some great football was played by all.  The team showed great co-operation and resilience, battling hard to secure the draw.

Man of the Match - Adam who was brilliant all game!, he never gave up and showed great determination.

Well done to all players!

On Monday the Year 5/6 boys qualified for the finals of the Manchester City Primary Stars football competition on the 1st Feb.

Congratulations to the whole team and good luck for the finals!

Well done to our Y3/4 team at the Manchester City Football Tournament. The boys did really well to reach the Quarter Finals as the standard was very high!

Well done to all the children in Years 1 & 2 who took part in today’s Manchester City Football Festival. All the children tried really hard and were a credit to our school!

The 5/6 boys football team played a friendly against St Pauls yesterday afterschool and drew 5-5. Well done to all involved!

The Y2 boys reached the final in the Manchester City Tournament on Wednesday narrowing losing 1-0. The boys showed great team work and had lots of fun.  Well done to all who played!

Last Friday Reception went to Manchester City's training ground to take part in a schools skills session. Lots of goals were scored and all children had a great time.

The Football Team played this week against 16 schools in a tournament. They did amazingly well and reached the final where they came unstuck after losing against St Catherine's  3-1.

We are very proud of the boys football team this week!

A great effort from the year 3/4 football team who played against St Mary’s despite losing 3 of the 4 games.  The children showed great resilience and determination and never gave up - Well done everyone!

A winning start… Big congratulations to the boys football team. They played against Cavendish Primary School yesterday and won 3-1 despite being 1-0 down. The boys kept working hard and it wasn’t long before goals came from Chayse and David. Man of the match was awarded to Layton who had an outstanding game.