At St Cuthbert's, we believe that all our children can become fluent readers and writers. We teach phonics and early reading through Little Wandle Letters and Sounds Revised, which is a systematic and synthetic phonics programme. We start teaching the skills for phonics in Nursery through lots of listening activities and games to tune pupils into their speaking and listening ability. In Reception and Year 1 we follow Little Wandle Letters and Sounds Revised progression, which ensures children build on their growing knowledge of the alphabetic code, mastering phonics to read and spell as they move through school.

Through our teaching of phonics, children are able to tackle unfamiliar words as they read. To ensure our pupils can apply their phonics knowledge and skills, we model the application of the alphabetic code through phonics in shared reading and writing, both inside and outside of the phonics lesson and across the curriculum. We have a strong focus on language development for our children as speaking and listening are crucial skills for reading and writing in all subjects.

Daily Keep-up Lessons Supports Every Child To Learns to Read

Ensuring Consistency and Pace of Progress 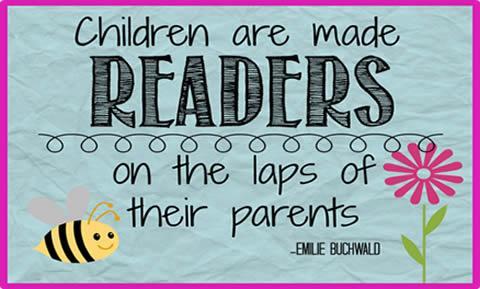 At The Federation of St Cuthbert’s and St Mary’s we strive to foster a love of reading at school and at home.

We believe that speaking, listening, reading and writing are fundamental life skills, which enable children to communicate effectively in all areas and equips them for the challenges they will face in the wider world.

Reading is an entitlement that should enable children to connect with some of the finest words ever written. It should open up a world of possibility and intrigue. A centralised aspect of our Book-Led Curriculum across the school is to ensure reading influences the thoughts, feelings and emotions of our learners.

At school we will teach and support children to develop a love of reading through class reads and story time, alongside the systematic teaching strategies of daily phonics lesson, and Whole Class and Guided Reading sessions where strategies for reading are explicitly taught.

Reading daily at home provides your child with an opportunity to practice the skills they have been learning in school to further develop and cement them into their reading practice and understanding.

The more you read, the more things you will know.

The more that you learn, the more places you will go.

How to support your child's reading at home:

Reading aloud to your child daily. As often as possible. This is still the #1 way to support early readers and ensure that your child has the best possible start at reading. And it’s fun!

What books? Any books are fine for reading aloud. You are doing the reading and modeling and your child is benefiting in a lot of ways!

Got a library card? Perfect! Head over to the children’s section and allow your child to choose some books. Choice is a powerful motivator so the more you can include your child in the books you read together, the better!

How about making there own books? Have your child tell you a story and you write the words. She can go back and add pictures. Then read the story together. You will be surprised how well children can read books they create themselves!

We call this repeated reading. When your child is able to read a book, have her read it over and over again until she reads it fluently and flawlessly — with expression too! She can read it to all the members of the family, the childminder, brother, the dogs, and cats, or even her stuffed teddies. The key is repetition.

Talk about what you read with your child

Pause during the story and ask questions about the characters.

*It’s always best to phrase your question as if you were asking yourself — or thinking out loud. Don’t make this a quiz! Just have fun.

“I wonder why Harry was afraid. What do you think?”

Help your child identify with the characters or the problem/conflict in the story.

Process the events in the story by reviewing what’s happened so far.

“So far Harry has visited his best friend, made some potions, and what else has happened?”

Take time to look at the pictures — they are there for an important reason: to help your child comprehend the story better.

“Look at Susanna as she lays in bed. What do you think she is thinking or feeling?” “How can you tell?”

Make predictions about what will happen next.

“I wonder if Susanna will run to her grandma’s room? What do you think she’ll do next?”

We have also created a list of favourite reads suggested by parents and grandparents of children in school.

Should you need any support with helping your child to read please don’t hesitate to contact the school.

We have put together some suggested reading lists for you and your child to work through. If you have any other suggestions to add please email them into the School Office admin@st-cuthberts.manchester.sch.uk

Guess How Much I Love You     Sam McBratney and Garth Williams

Where the Wild Things Are        Maurice Sendak

There was an Old Lady who Swallowed a Fly       Pam Adams

The Elephant and the Bad Baby       Elfrida Vipont & Raymond Briggs

I Will Never Eat a Tomato       Lauren Child

Once Their Were Giants          Martin Waddell and Penny Dale

A Squash and a Squeeze      Julia Donaldson

The Cat Who Lost His Purr Michelle Coxon

No Tights for George      Julia Crebbin

Danny The Champion of the World      Roald Dahl

Return of the Hundred Mile an Hour Dog         Jeremy Strong

The Naughtiest Girl in the School          Enid Blyton

The Indian in the Cupboard         Lynne Reid Banks

It Was A Dark and Stormy Night       Allan Ahlberg

Emil and the Detectives       Erich Kastner

How to Train your Dragon      Series Cressida Cowell

All Alone on a Wide, Wide Sea       Michael Morpurgo

The Wind in the Willows       Kenneth Grahame

The Other Side of Truth         Beverley Naidoo